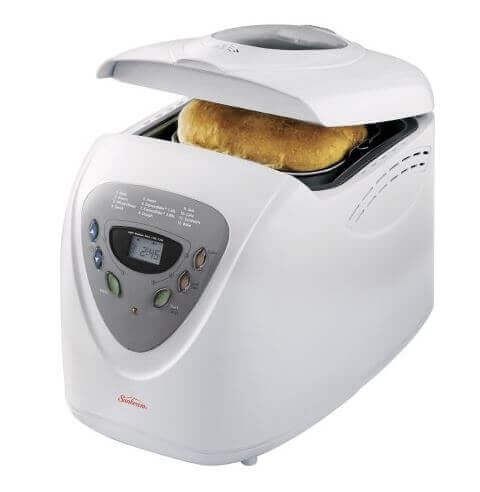 The Sunbeam 5891 Breadmaker is listed at $69 on Amazon. That makes it the lowest priced bread machine we have reviewed to date. It has a surprising set of features for that price, but there are some specific problems that about 10% of owners have found. In spite of those problems the majority of owners are very satisfied with the machine.

“This is my very first breadmaker. It is wonderful and super-easy to use”.

However, even owners who gave it 5 stars cautioned about problems they encountered that we’ll cover in this review. 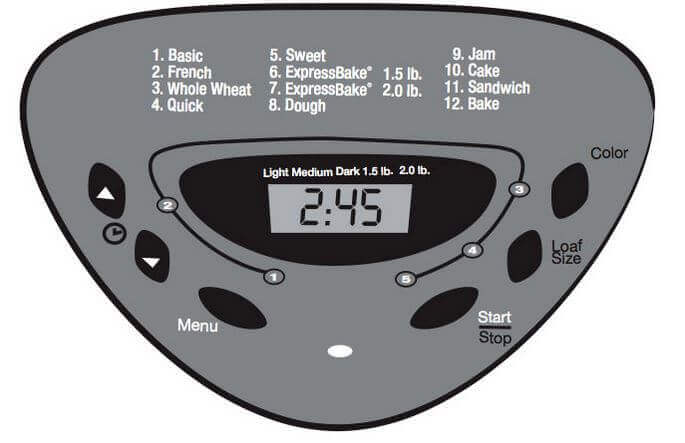 That’s a surprising number of settings for a machine at this price. It also offers 3 crust settings from light to medium to dark although some complaints showed up about crust quality.

“The crust is over-cooked even on the light setting”.

It includes a 13-hour programmable setting so you can set it at night for bread in the morning. Be careful with this setting. We have an article on our website that cautions against using recipes with eggs or dairy products with delayed cycles.

Many owners enjoyed the versatility offered by the multiple settings:

“I find it hard to bake gluten free bread since that is what I have to eat. This does a great job on this.”

“My bread AND jam came out perfectly with this breadmaker! (Breadmaker has a jam making cycle). Absolutely no complaints”

Easy to Use LCD Control Panel

The machine has an LCD control panel that is easy to use but the illumination of the LCD controls were reported to be very dim. Here’s another example from an owner who gave it 5 stars on some features but not the LCD.

“The LCD is of very poor quality, and you can barely read it under a bright kitchen light.”

It was curious to see this pattern of complaints and problems in so many of the 5 star reviews. Everyone agreed that the viewing window in the lid helped, but the lid itself seems to have created a problem.

“The Sunbeam that I received is poorly made. When closed, there is a wide gap between cover and bottom part.”

Non-Stick Bread Pan for Up to 2 Pound Loaves 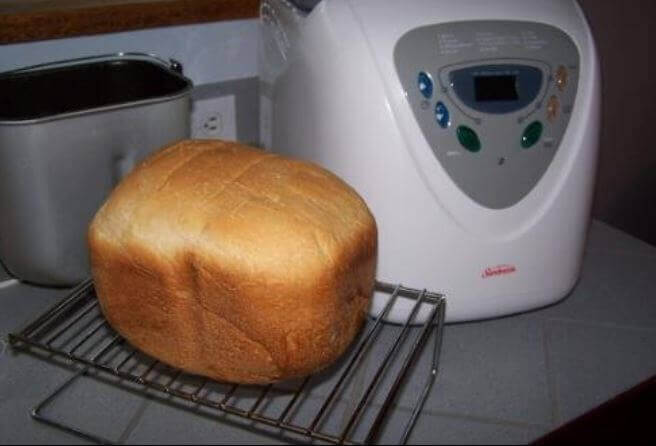 The machine comes with a non-stick bread pan and will bake 1.5 and 2 pound loaves. The loaf configuration is vertical. The material used for the non-stick coating was not identified but all machines we have reviewed use Teflon and that’s probably the case for the Sunbeam as well.

“I make 3 to 4 two-lb loaves of bread a week and this breadmaker has certainly handled the load very well.”

And Here’s the Bad News

The Instruction Book and Recipes

It appears that there are two fundamental issues with the Sunbeam 5891: poor general product quality and one of the worst instruction books I’ve ever encountered. We’ve encountered instruction book complaints with many of the machines we’ve reviewed but the level of complaints on this one is unprecedented. In fact, the instruction book was criticized in numerous customer reviews across all ratings including these customers who gave it 5 star reviews.

“As far as I know, the breadmaker itself works fine, but the manual to the machine has many inconsistencies…the recipes are all wrong too. Mostly on the yeast amounts.”

“Whatever you do, don’t use the manual.”

“Instructions are hopelessly riddled with errors. Many of the amounts for each ingredient in the recipes are reversed for the 1.5 lb and the 2 lb loaves, which obviously will produce disastrous results.”

We have a number of articles on our website here that offer kitchen-tested bread machine recipes. If you’re considering this Sunbeam machine and don’t want to risk the instruction manual that comes with the machine you might want to take a look at some of our recipes.

Other Solutions to the Instruction Book

Customers have also turned to each other for solutions to problems with the Sunbeam 5891 Instructions.

“I’ve tried stopping the machine before the bake cycle, also during the bake cycle by pressing the start/stop button but the red light stays on and the minutes still appear on the screen, the only thing I could do was unplug.”

You have to keep the Start/stop button pressed for a longer time.
It works, then.

“Loaf is not shaped anything like a loaf more of a weird rough shape. What did I do wrong?”

It sounds like you baked a 2 lb. loaf. Try the smaller 1 1/2 loaf. Either way, once you slice the bread it looks fine and tastes delicious.

Gap Between the Lid and the Machine

This instruction book problem may be the root cause of the reports of bread loaves consistently sinking in the middle. Then again, the reported gap in the lid on some of the machines may be partly to blame.

“There is a large gap between the lid and the base of the machine, probably accounting for the bread not rising sufficiently.”

“It’s the recipes that come in the booklet that are bad. They all have way too much yeast, which is a classic cause of fallen loaves.”

If you are lucky and get a machine without a flaw in the lid and use recipes from others sources you may be alright.

Grease on the Bread From the Machine

There’s another flaw that keeps showing up in owner reviews from both customers who gave the machine 1 star up to 5 stars:

“Grease streaks from the paddle – never had that happen”.

“I phoned Sunbeam…they claim the oil won’t hurt you.”

There is a rubber gasket in the base filled with oil to lubricate the spindle and the kneading paddle. The failure of this gasket is most likely the cause of this oil problem, but I found it strange when the owner reported Sunbeam reassuring him that, “The oil won’t hurt you.”

This gasket problem may also be responsible for the kneading paddle seizing up that some owners claim led the motor to burn out. I think it’s safe to say that if you have a Sunbeam 5901 and you see this oil appearing on the bottom of the loaf you should replace the gasket.

Regardless of the gasket integrity the Sunbeam 5891 is reported to be a very loud bread machine during the kneading cycle. Some people have reported severe vibration when making a large loaf or a heavier bread like whole wheat or rye. According to one owner:

“Mine ‘walked’ right off the counter top on to the floor breaking the plastic lid.”

The weight of the machine is 18.6 pounds and the dimensions are 19 x 13.5 x 14 inches. It’s a very tall machine at 19 inches and you may not be able to open the lid under low-hung kitchen cabinets. It’s manufactured in China and has a 1-year limited warranty and is available in white only.

This Was a Bit of a Head Scratcher 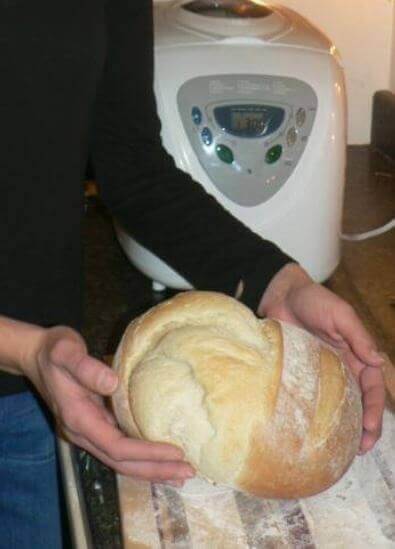 Quite frankly, I found the overall customer rating of 4.3 stars on Amazon.com to be a bit contradictory. Even the customers who rated it at a full 5 stars seemed to have a pattern of concerns or problems. This probably points to the power of low-price. People seem to be willing to tolerate some issues if the price-point did not create high expectations to begin with.

If you’re on a tight budget or if this is your first bread machine and you’re not sure how often you’ll use it, you might want to consider the Sunbeam 5891. Just make sure you get your recipes from a different source than the instruction book.