Home » Blog » Baking for Thanksgiving with your Bread Machine
0

Baking for Thanksgiving with your Bread Machine

Anyone who has ever hosted a Thanksgiving dinner knows what a challenge it can be. Here’s how your bread machine can help to make it easy. 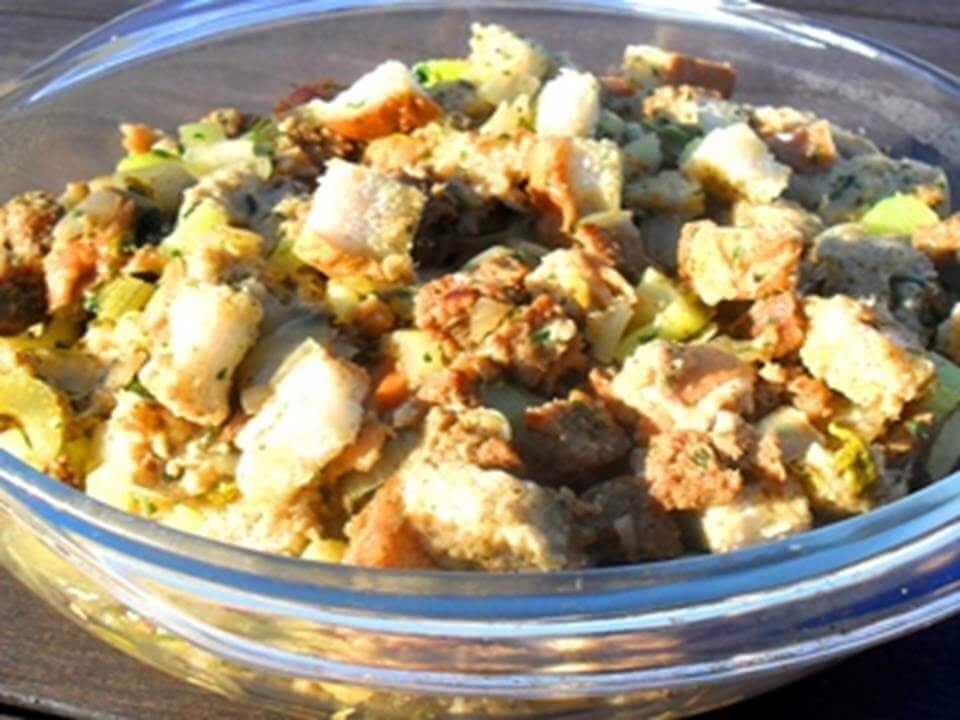 Thanksgiving is a uniquely American tradition. For many people it’s their favorite holiday. It’s a time for family gatherings and there’s no stress related to gift giving. It’s all about food and family and more food.

Turkey is the star of the show, but bread has a dominant supporting role. Whether it’s stuffing or “dressing” served as a side-dish; bread-pudding as a dessert, or slices of rye bread for those who want a sandwich for the day-after leftovers.

It’s a bit contradictory to think about baking bread in your bread machine for something like dressing or bread-pudding, but the recipes we’ll explore have unique ingredients that lend themselves to excellent dressing recipes and bread puddings.

All of the recipes are designed to be made in the bread machine across the process. That’s helpful at Thanksgiving when we all have so much to do.

We’re also going to explore a rye bread recipe that’s great for those turkey leftovers. I like them with caraway seeds but that’s an option.

In addition to the bread recipes we’ll also include recipes for the dressing and the bread pudding. You can of course use your own recipe, but if you’re looking for something new, these are all kitchen tested and sure to please.

There are some unique herbs and spices that define a dressing. We don’t call it stuffing anymore because stuffing bread into a turkey cavity has proven to be a risk from a food safety standpoint. Now we bake it in a separate baking dish.

The herbs that define a classic dressing always begins with sage. It’s the signature flavor note that defines the smell and taste of a dressing. In addition there’s black pepper, parsley, thyme and a pinch of rosemary. We’re going to add all of these to our recipe.

You can of course simply slice and serve this bread, but we’re going to cut it into cubes and then bake the cubes in the oven to make our dressing. Let’s start with the bread recipe.

Add the ingredients to the bread pan in the order indicated and choose the basic bread or white bread setting; 1.5 pound loaf and medium crust. 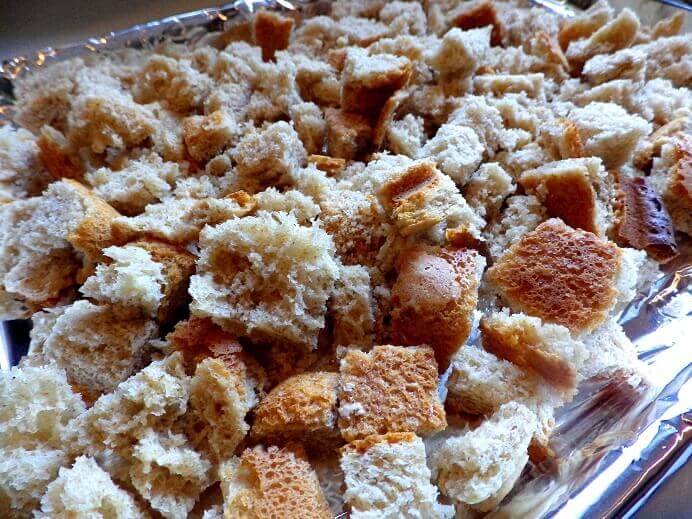 It may seem redundant that you’re adding more spices on top of what you’ve already incorporated into the bread, but this adds more flavor to the overall dressing. 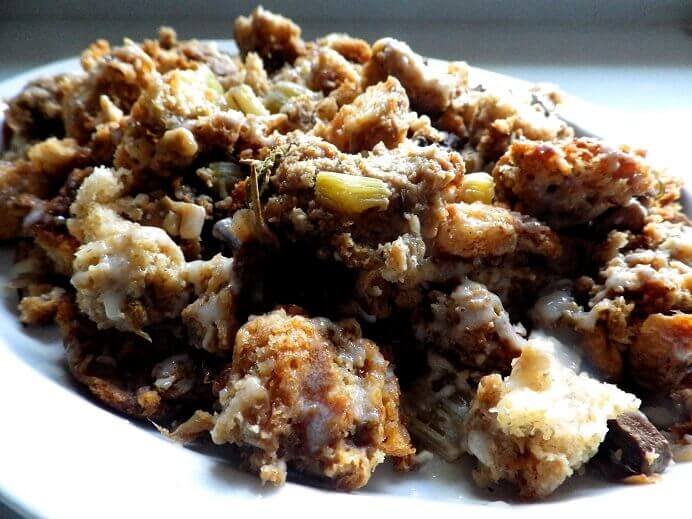 Bread pudding is a recipe traditionally associated with the Amish, also known in the U.S. as the Pennsylvania Dutch. It’s a mixture of bread chunks in an egg custard combined with traditional baking spices like cinnamon, mace, cloves and sugar. It’s usually baked in a baking dish that is inserted into a second and larger baking dish filled with some water. Sometimes referred to as “Spoon Bread,” it’s a warm and comforting dessert commonly associated with Autumn and Winter. It’s also a traditional dessert at Thanksgiving on many family tables.

Much like stuffing, bread pudding does not keep well although it’s good for up to two days in the refrigerator and some people actually prefer eating it chilled.

Add the ingredients to the bread pan in the order indicated and choose the basic bread or white bread setting; 1.5 pound loaf and medium crust.

In medium saucepan, over medium heat, heat milk and half & half just until a film forms over the top. Watch carefully and don’t burn the milk. Combine the butter into the milk, stirring until butter is melted. Cool to lukewarm. Combine the dark brown sugar, eggs, cinnamon, nutmeg, and vanilla. Beat with a mixer at medium speed for 2 minutes and then slowly add the milk mixture. Lightly grease a 9 x 12 baking dish with soft butter. Put the bread into the pan and pour the milk mixture over the top. Sprinkle the top with the 1/3 cup of light brown sugar.

This is best baked in a water bath. A water bath is a pan that is larger than your baking dish. The idea is to put some water into this pan and then place the baking dish into the water pan while baking. A large cookie sheet with high sides, or a larger baking dish should do the trick. Put the baking pan with the bread pudding mixture into the dry pan and slowly add hot water to the water pan. This way it won’t overflow when you put one dish into the other. The water surrounding the baking dish will cook the bread batter evenly. Bake at 350 degrees for 45 to 50 minutes or until set. Stick a toothpick or knife into the center and if it comes out clean it’s done. Serve warm. I like it with vanilla ice cream but it’s good plain and also good chilled as a leftover with our next recipe -turkey sandwiches on rye.

Rye bread is ubiquitous in many parts of Europe. This recipe is perfect as a bed for a leftover turkey sandwich either served open-faced and topped with leftover gravy, or as a traditional sandwich for all of those football games that follow Thanksgiving.

I’ve added caraway seeds to this recipe, but they’re an option you can easily remove without affecting taste or final result. We’re offering some serving suggestions but making a sandwich is pretty much understood by everyone.

Place ingredients in the bread pan in the order indicated and select whole wheat course. When done, cool on a wire rack for 10 minutes and slice.

It’s fairly simple to slice the bread and top with leftover turkey. I like it with a smash of mayonnaise and some cracked black pepper. You could also place the bread slice on a plate, top with turkey and smother with reheated gravy and some dressing on the side. Maybe a little cold bread pudding in a bowl would help you get through that second football game.

Baking for Halloween with Your Bread Machine